American from the Great Depression to World War II, Photographs

The Battle of the Overpass

The Early History of Local 601
Shown Through Correspondence of Margaret Darin and A. Logan Burkhart

The Depths of Depression

“An Emergency is On!” by Opportunity
Journal of Negro Life, September, 1933

Journal of Negro Life/Black Labor and the Codes, editorial August 933

Labor and Liberty at Jones & Laughlin: A Depression-Era Vignette (1933)

Labor Unions During the Great Depression and the New Deal

Other Voices from the Depression,
“Harlan Working Under the Gun” by John Dos Passos, published in The New Republic (December 2, 1931)

Puerto Rico in the Great Depression/Industry, Commerce, and Labor

Available by appointment for classes, research consultations or individual student instruction. Contact me at 203-392-5134 or via email at morrisa10@southernct.edu.

"I saw and approached the hungry and desperate mother, as if drawn by a magnet. I do not remember how I explained my presence or my camera to her, but I do remember she asked me no questions. I made five exposures, working closer and closer from the same direction. I did not ask her name or her history. She told me her age, that she was thirty-two. She said that they had been living on frozen vegetables from the surrounding fields, and birds that the children killed. She had just sold the tires from her car to buy food. There she sat in that lean- to tent with her children huddled around her, and seemed to know that my pictures might help her, and so she helped me. There was a sort of equality about it.  (From: Popular Photography, Feb. 1960)." 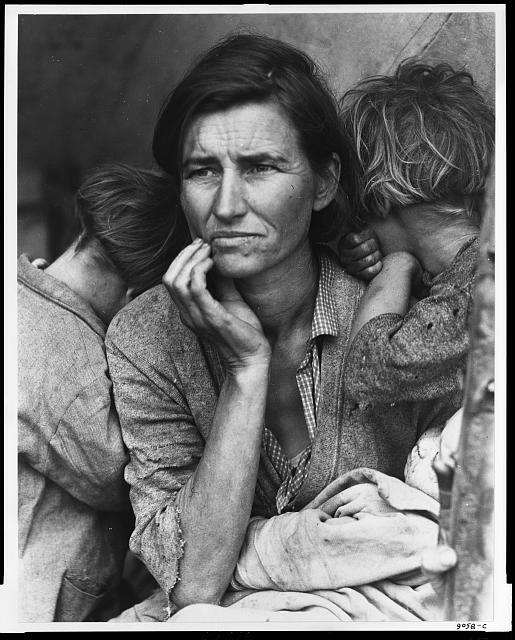 Radical Responses to the Great Depression

STRIKES! Labor and Labor History in the Puget Sound

Voices from the Thirties
Life Histories from the Federal Writers’ Project, 1936-1940