This guide was created for ENG 372 (Young Adult Literature) offered by the Department of English at Southern Connecticut State University.

What is Young Adult Literature? 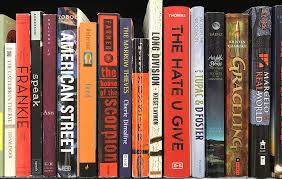 Young Adult Literature is a genre that is separate from Children's Literature. It emerged in the twentieth century when teenagers became a powerful force of the economy in the 1930s and gained prominence in the sixties.

The following excerpts are taken from Michael Cart's white paper titled The Value of Young Adult Literature which was adopted by the Young Adult Library Services Association's (YALSA) Board of Directors in 2008.

The term "young adult literature" is inherently amorphous, for its constituent terms "young adult" and "literature" are dynamic, changing as culture and society - which provide their context - change. When the term first found common usage in the late 1960's, it referred to realistic fiction that was set in the real (as opposed to imagined), contemporary world and addressed problems, issues, and life circumstances of interest to young readers aged approximately 12-18...

"Literature," which traditionally meant fiction, has also expanded to include new forms of literary - or narrative - nonfiction and new forms of poetry, including novels and book-length works of nonfiction in verse. The increasing importance of visual communication has begun to expand this definition to include the pictorial as well, especially when offered in combination with text as in the case of picture books, comics, and graphic novels and nonfiction.

As a result of these newly expansive terms, the number of books being published for this audience have similarly increased, perhaps by as much as 25 percent, based on the number of titles being reviewed by a leading journal. Similarly, industry analyst Albert Greco states that the sale of young adult books increased by 23 percent from 1999-2005

Though once dismissed as a genre consisting of little more than problem novels and romances, young adult literature has, since the mid-1990's, come of age as literature - literature that welcomes artistic innovation, experimentation, and risk-taking."