Sue Clerc
Email Me
Make an appointment through SSC Navigate
Contact:
122I Buley

American Indian History and other Sites

Most of the following websites, with a few exceptions, are taken from the article titled "Native American Resources: Sites for Online Research"by Erica Swenson Danowitz and Carol Videon published in College and  Research Libraries News, vol. 71 No 8, p430-435.

Guide to Native American's Children and Young Adult Literature
A guide to current online and print resources for finding children's and young adult literature by Native Americans and/or about Native American culture. The guide is provided and maintained by the University of Illinois's Social Sciences, Health, and Education Library.

Native Tech: Native American Technology and Art A resource rich in information related to all aspects of Native American art, including beadwork, pottery, games, toys, food, and leatherwork. The site includes articles and links to poetry, stories, recipes, and a tour of a woodland homestead. Many photos and other images accompany the subjects featured. The focus of this site is on Eastern Woodland Indian peoples but information on tribes from other regions is also available.

Omaha Indian Music Collection This is from the Library of Congress American Memory Project and contains a collection of music  of the Omaha tribe, including articles and essays.

Storytellers: Native American Authors Online This site is indexed by Karen Strom and contains authors' biographies, statements, poetry and stories, essays, and bookstores for their work. Over 40 authors are represented.

Surrounded by Beauty—Arts of Native America ArtsConnectEd, an art teaching tool created by the Minneapolis Institute of Arts, sponsors this Web site that highlights the arts of Native Americans in the United States. Organized into five different regions, this site provides tribal information, historical information, and photos of art objects that allow users to click on them and explore the objects in depth.

Index of Native American Cultural Resources on the Internet Despite some distracting advertisements, this site offers links related to a variety of topics, including gaming, education, law, health, and a blog that is not updated frequently but does discuss new resources related to Native Americans. A lot of these resources will help both Native American populations and researchers.

Native Languages of the Americas—Preserving and Promoting American Indian Languages There are more than 800 surviving Native American languages linked to more than 800 tribes in North, Central, and South America. This nonprofit site addresses all of them with informative learning aids like maps locating the tribes in each state, picture dictionaries, pronunciation guides, grants, and much more. Occasionally resources for teachers (such as word search puzzles) are included. Unfortunately the advertisements on each site are distracting, but the quality and quantity of information is worth scrolling past the commercial ads.

Sacred Texts—Native American Religions To learn about Native American religion, mythology, legends, and folklore, use this massive archive of transcriptions of public domain texts recorded by ethnographers of the 19th and 20th century. One can search for specific titles or scroll through the index, which is arranged by geographic area and specific tribes. Some of the fairy tale books for children include beautiful lithographs.

Edward S. Curtis’s: The North American Indian Curtis was an American photographer who in the early part of the 20th century travelled the United States and photographed Native Americans to document their culture. He published the photographs in a book entitled The North American Indian (1907-1930). This digital collection presents all 2,228 photographs from this work. The Web site warns that many of the images are captioned with text written from a late 19th-century Euro-American perspective that considered Native Americans as primitive and a “vanishing race.” Despite some of the dated text, this resource still succeeds in presenting Native American culture from the Great Plains westward, including the Southwest, the Pacific Northwest, and Alaska. Photos are grouped by subject and geographic region for easier browsing.

Images of Native Americans The Bancroft Library at the University of California-Berkeley created this online site as a digital companion to an exhibit. It contains digital images of color plate illustrations, color photographs, and documents that not only present European interpretations of Native Americans but also early anthropological studies. A timeline of the materials found in the collection allows users to view them chronologically.

Indian Health Service Under the auspices of the U.S. Department of Health and Human Services, this site was created for American Indians and Native Alaskans. It includes fact sheets on specific diseases, medical programs delivered on site and via telemedicine, searchable directory of clinics and research projects.

Indians in the War The Navy Department Library created this site, which highlights Indian contributions to WWII including the Code Talkers, pictures, honors and medals, role in the Navy, POWs, and the contributions of the Indian women. Links to other wars are included.;

Native American Heritage Month The Bureau of Indian Affairs sponsors this site, which has a rich collection of images, paintings, historic places, and Webcasts including Hoop Dancing, storytelling, authors discussing their prize-winning books, and lectures.

Native American Voices—Digital History Part of the digital history series sponsored by the Departments of History and the College of Education at the University of Houston, this resource was created to support the teaching of American History in K–12 schools and colleges. It provides information from textbooks, primary sources and other documents. The site is organized in chronological order and then by document type. The textbook section introduces the topic and provides an overview of Native American History from their beginnings to contemporary times.

Western History Collections—University of Oklahoma This extensive collection of materials relating to the history of the American West and Native American cultures includes the Doris Duke Collection of American Indian Oral History and the Indian Pioneer Papers. The former aims to preserve the history, culture, religion, folk history, and philosophy of Indians; interviews were conducted from 1967 to 1972, which coincide with the end of the Reservation Period. Individuals from more than 30 tribes in Oklahoma provide their oral testimony. Indian-white relations, famous battles, ceremonies, missionary activities, schooling, tribal government, and warfare are included—all from the Indian perspective. The Indian Papers contain oral interviews also with inhabitants of the Indian Territory (Indians and whites) during the 1930s. The collection includes biographies and general topics, such as slavery, dances, medicine, legends, Civil War, and daily life. The tribes located mainly in what is Oklahoma today were Seminole, Cherokee, Choctaw, Muscogee, and Chickasaw. These transcripts are searchable by name, place, or subject.

The Avalon Project at Yale Law School  As part of Yale University’s Law School’s Avalon project, this site provides the full-text of treaties between the United States and Native Americans dating back to 1778 until the 19th century.

Indian Affairs Laws and Treaties Charles J. Kappler compiled this primary source of Indian Treaties. Seven volumes of Indian Affairs: Laws and Treaties (United States Government Treaties (volume II) and laws and executive orders (volumes I, III–VII) from 1778 to 1970) have been digitized to provide the most comprehensive source for permanent laws related to Indian affairs. The index is fully searchable.

Indian National Law Library A joint project of the University of Oklahoma Law Center, the National Indian Law Library, and various Native American tribes, this site provides access to constitutions, tribal codes, and other documents, including treaties and research guides. It also includes the full-text of the Handbook of Federal Indian Law published in 1941 and links to other related sites.

Indian Peoples of the Northern Great Plains The Montana State University Library created this online searchable photograph database. Many of the images are located in Montana but other Great Plain regions are also represented. It includes drawings, treaties, and prints that are unique to this collection.

Other Organizations Including Government Sites and Museums

Assembly of First Nations (Canada AFN) The AFN, a national Canadian organization produces this site, which provides information related to the Canadian First Nations including reports, conference proceedings, and links to other Canadian tribes.

BIA: Bureau of Indian Affairs BIA was established in 1824 to provide services, such as land management, education, social services, job training, and administration of tribal courts. Historically, this agency had adopted controversial policies that have included suppression of Indian rights, cultural genocide, and policing responsibilities. However, today, they have moved from a supervisory role to an advisory role and have hired Indians within their ranks. While approximately 570 tribes are recognized, the criteria exclude some bands. 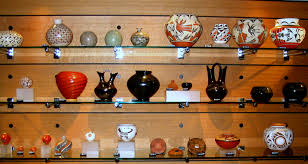