WHO CAN BE PUBLISHED? 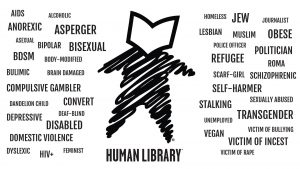 The Human Library methodology is based on the12 pillars of prejudice. Books must belong in one of the pillars below. "The pillar on religion would contain topics such as the Agnostic, Buddhist, Christian, Catholic, Hindu, Jewish, Muslim and many more. While the pillar on occupation could carry a Journalist or a Politician or a Police Officer. The following are some of the topics that are represented in the 12 pillars of prejudice - people that have disabilities, people that have a minority background, people that have experienced mental health challenges and people with a lifestyle that has raised eyebrows, to name but a few. We are also looking for people that escaped conflict and others that have overcome hardship due to their ethnicity, background, gender and much more." 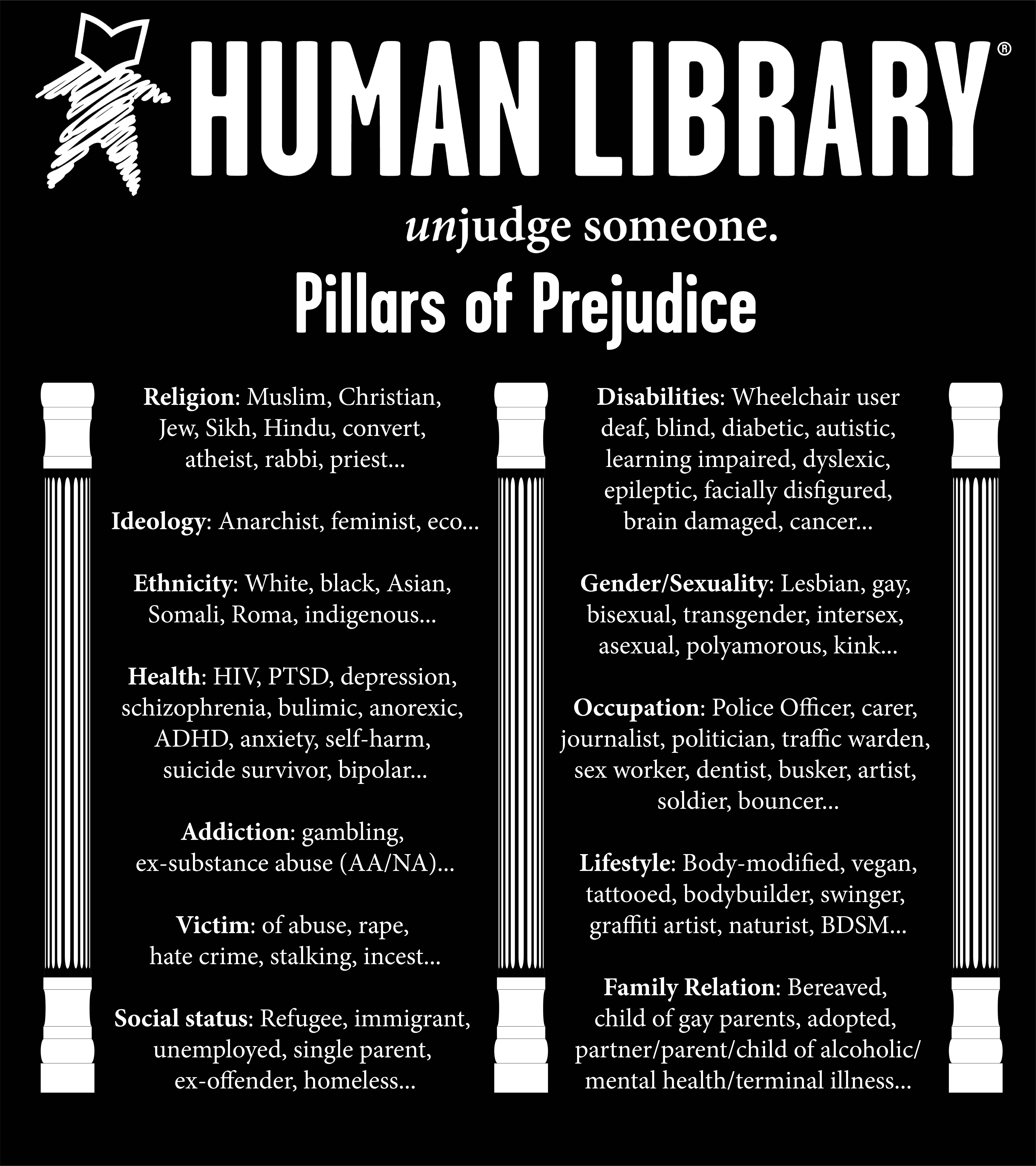