Neurodiversity and the Library

Some tips and resources for navigating the Library while neurodivergent, and for learning more about neurodiversity

The Library strives to provide services to everyone. Period.

"Neurodiversity is a concept where neurological differences are to be recognized and respected as any other human variation. These differences can include those labeled with Dyspraxia, Dyslexia, Attention Deficit Hyperactivity Disorder, Dyscalculia, Autistic Spectrum, Tourette Syndrome, and others.

"For many autistic people, neurodiversity is viewed is a concept and social movement that advocates for viewing autism as a variation of human wiring, rather than a disease. As such, neurodiversity activists reject the idea that autism should be cured, advocating instead for celebrating autistic forms of communication and self-expression, and for promoting support systems that allow autistic people to live as autistic people."

Neurodiverse: having neurological characteristics different from the average or typical

Neurotypical: having neurological characteristics that are considered common

Social model of disability: seeing disabilities as primarily issues that arise from a lack of societal support or integration

Medical model of disability: seeing disabilities as primarily issues that arise when something has gone wrong with the body 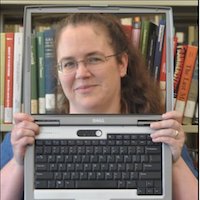