This guide will provide the theater researcher with information to help locate and utilize a wide range of library and Internet resources. Theater research requires a different set of skills than other subject areas. This guide will help you to understand terminology, locate theatre history, biographical information, plays and playscripts, monologues, stage and technical resources, reviews and other resources.

Use SouthernSearch to search for books, print journals, media, and other full text and library resources. Use the pull down menu to the right to select SCSU, CSCU, Course Reserves, etc. Limit and refine your search by selecting from the options on the left.

For more information on finding plays and monologues, see the "Find Plays and Monologues" tab in this guide

(Note: When searching for plays and monologues, SouthernSearch does not always list the titles of the plays contained in collections and anthologies. However, you can do an author search, then look among the results for books that contain many or all of the authors works. (The Complete Works of..., The Collected Plays of...)

If you find out that your resource is not available at SCSU or CSCU libraries, you can request it through Interlibrary Loan.

This style guide from Emory University discusses usage for terms (theater, theatre).  "The standard reference for spelling in US American English is the Merriam-Webster dictionary  (Webster’s Third New International Dictionary, Unabridged). In each of these cases, both spellings are, according to Merriam-Webster, acceptable... In American professional usage, dramaturg describes a scholar of theater who collaborates on a theatrical production; dramaturge, on the other hand, means a playwright, particularly in the sense of a master of dramatic structure. This distinction of meanings should dictate your choice of spelling."

From Grammerly: Why Are There Different Spellings: “Theatre” vs. “Theater”? Theater has roots in both Greek and Latin and came to English through the Old French word theatre. Theatre and similar words ending in -re were sometimes spelled with the -er until the 1660s, when the French-borrowed -re spellings came to be preferred; before that, both spellings were considered equally correct. Chaucer, for example, spelled it theatre. Shakespeare, on the other hand, spelled it theater. Today, theatre is considered the correct spelling in Britain and in most English-speaking countries other than the United States.

More discussion can be found online here at the Grammarist website. 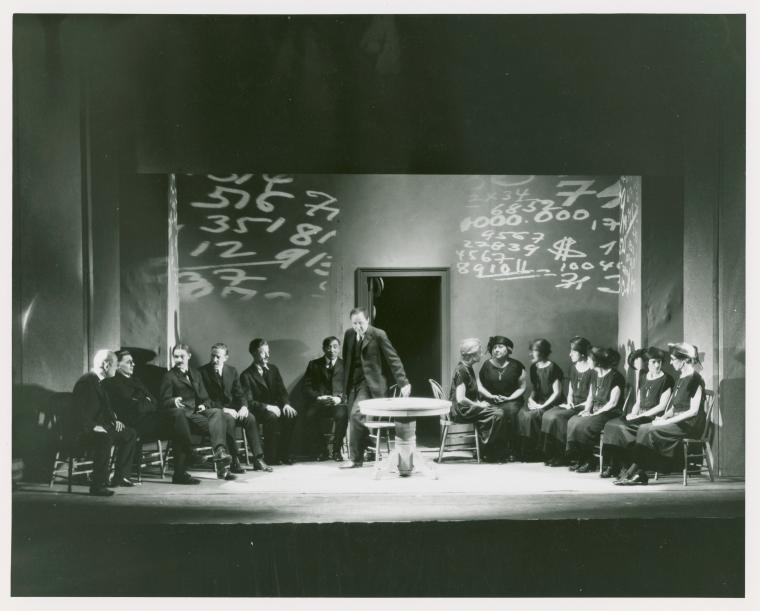